Seeing Japanese dyeing into the future

A childhood spent around kimono-dyeing cultivates an innate knowledge

Tange Yusuke has been around kimono for a while now. Growing up in his Father’s kimono dyeing studio as a child means that Tange now feels his knowledge is innate; textile dyeing is in his blood.

Tange’s works are striking and bright, often depicting seasonal Japanese flowers and natural scenery. His use of rouketsu- wax resist technique is complex and he is able to achieve clever effects of line and texture.

We spoke at length about the textile industry that is clustered around two areas of Kyoto and the state of business for them today. It’s a complex conundrum to be making kimono for sale in the present day. Tange’s artworks are a different stream of his practice and both complement each other without any disconnect.

I’ll be writing more soon but here’s some photos for now. 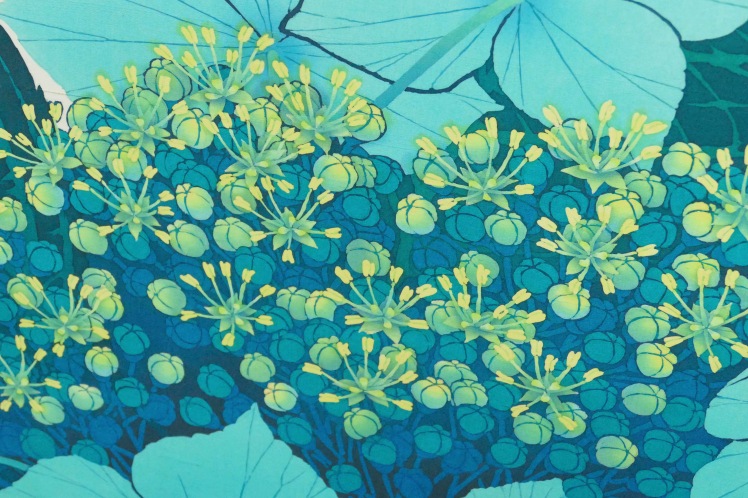 My Blog on Textiles, Art and Japanese culture, with occasional rants and even graphs ↓